Make a Gift
Home / Research / Bankruptcy During Foreclosure: Home Preservation through Chapters 7 and 13 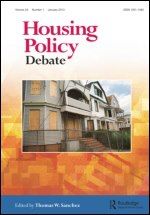 Researchers find wide variation in the likelihood of mortgage servicers bringing foreclosed properties to auction. Auctions are 70% less likely for homeowners in foreclosure who file for bankruptcy. The effect is five times greater for filers of Chapter 13 bankruptcies, which contain enhanced tools for preserving homeownership, compared to Chapter 7.

Filing for bankruptcy is the primary legal mechanism by which homeowners in foreclosure can exert control over ownership of their home, yet little is known about the interplay among bankruptcy types, mortgage servicers, state foreclosure laws and home foreclosure auctions.

We analyze 4,280 lower-income homeowners in the United States who were more than 90 days late paying their 30-year fixed-rate mortgages. Two dozen organizations serviced these mortgages and initiated foreclosure between 2003 and 2012.

We identify wide variation between mortgage servicers in their likelihood of bringing a property to auction. We also show that when homeowners in foreclosure filed for bankruptcy, foreclosure auctions were 70% less likely. Chapters 7 and 13 filings both reduce the hazard of auction, but the effect is 5 times greater for Chapter 13, which contains enhanced tools to preserve homeownership.

Bankruptcy’s effects are strongest in states that permit power-of-sale foreclosure or withdraw homeowners’ right-of-redemption at the time of auction.