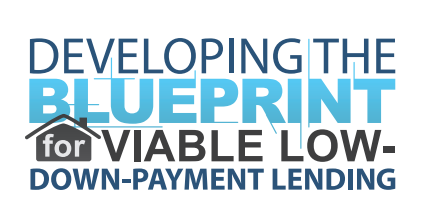 The UNC Center for Community Capital convened a group of mortgage lenders, housing advocates, academics, policy influencers and government agency representatives for a conversation about how to rebuild a mortgage market in the wake of the financial crisis that is safer and how to extend the benefits of homeownership to less-affluent borrowers, particularly those with lower down payments.

A thoughtful group of lenders, advocates, academics, policy influencers and government agencies convened in Chapel Hill, N.C. at the invitation of the UNC Center for Community Capital for a conversation to address the critical question of how to rebuild a mortgage market in the wake of the financial crisis that is safer – for taxpayers, lenders, investors, insurers and households.

A central but largely unresolved theme is how to lend to less-affluent borrowers, and in particular, those with lower down payments.

Generations of Americans took their first step up the ladder of homeownership – and toward all of the benefits homeownership offers – thanks to a low down payment and a high loan-to-value (LTV) mortgage.

The vast majority of participants in the group recalled that they, too, received help closing the down payment gap to purchase their first home. That help took the form of low-down-payment Federal Housing Administration (FHA) and Department of Veterans Affairs (VA) loans, loans insured by private mortgage insurance companies, parental gifts and even advances on credit cards and student loans.

While homeownership remains the primary path to asset accumulation for middle- and lower-income households, small equity cushions put households at greater risk of default in the event of a financial setback.

As a matter of policy, we could curtail high-LTV lending and limit homeownership to people who have enough assets to put at least 20 percent down (about $40,000 on the median home sold in 2013 1). Recent trends in policy and practice seem to be driving toward institutionalizing such a rigid, risk-averse system. But such strictness carries great costs.

Alternatively, we can figure out a way to allow families who have less wealth (the average renter household has net wealth of about $5,000), to achieve homeownership in a way that makes them and those who lend to them financially stronger, not more vulnerable.

The conference engaged a panel of experts to answer the question of what role high-LTV lending should play in the post-crisis mortgage market. Through presentations and panel discussions, experts sought to address three core questions: