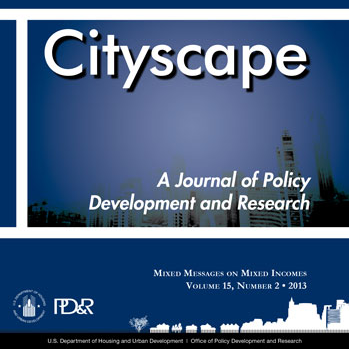 Research shows that homeowners in disadvantaged neighborhoods are more likely to vote than renters as well as owners in other areas. The findings suggest that responsible homeownership in such areas promotes local political involvement among lower-income residents.

Homeownership has long been considered the cornerstone of the American Dream, and considerable research has pointed to the social benefits of homeownership for both families and communities. Yet research concerning this link between homeownership and social participation has recently undergone critique for failing to consider neighborhood context. Do homeowners in disadvantaged urban neighborhoods become active participants in neighborhood improvement, or do they feel stuck in undesirable neighborhoods where they perceive little potential for change?

The research addresses endogeneity concerns and shows that, when compared with renters, homeowners are more likely to have voted in recent local elections. Neighborhood context does moderate this relationship, with homeowners in disadvantaged neighborhoods being more likely to vote than owners in other areas.

These findings suggest that, despite potential household-level costs associated with owning a home in a disadvantaged urban area, responsible homeownership in such areas promotes local political involvement among lower income residents.

This research is also detailed in the book-length work, A Place Called Home: The Social Dimensions of Homeownership (Oxford University Press, 2017), which is an analysis of the social impacts and non-financial effects of affordable homeownership.