Make a Gift
Home / Research / Too Much Month at the End of the Paycheck: Payday Lending in North Carolina 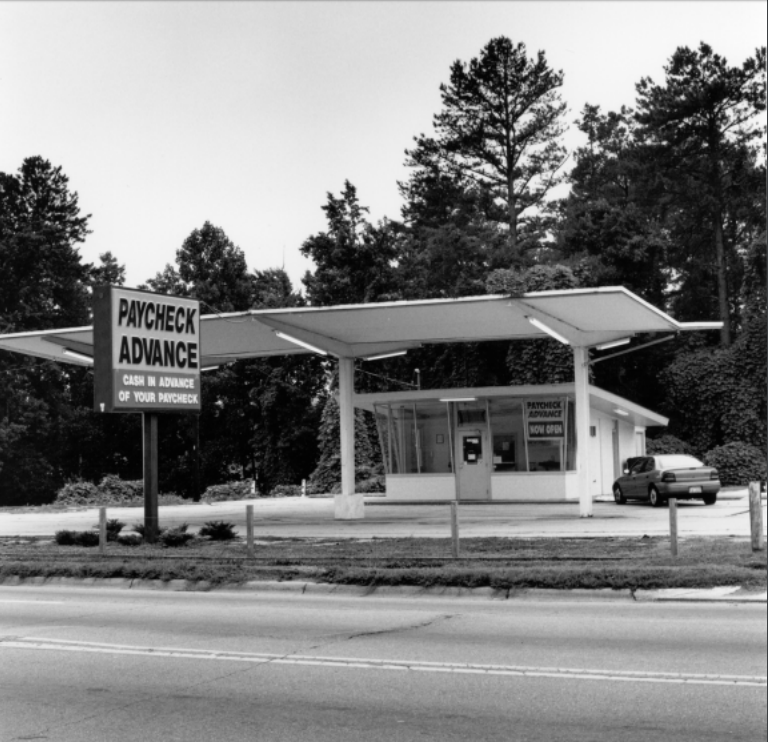 Like mushrooms after a spring rain, payday lending outlets have sprung up across North Carolina to meet a seemingly insatiable demand for short-term credit. The outlets provide borrowers with cash advances in return for their post-dated personal checks. Since 1997, the number of payday lenders in this state has grown from zero to more than 1,000 branches, generating over $535
million in loans and over $80 million in fees in 1999.

From biblical times, usury laws have attempted to balance the unequal relationship between people who have money and people who need it. This relationship has become increasingly complex in modern society. Today, government must balance the rights of entrepreneurs with protections for consumers and preservation of individual choice. Compounding the issue is the legacy of racial discrimination, which continues to determine who borrows from whom and at
what cost.

The borrowers who appear in this book were identified by the Community Reinvestment Association of North Carolina through community outreach, and so are not a scientifically representative sample of payday patrons. Most borrowers who responded to our call for stories are African American and most used payday lending repeatedly to make ends meet. These stories focus the attention on payday lending’s biggest consumer protection issue — rollovers, in
which a borrower pays interest or a fee to extend the time before the postdated check will be deposited to repay a previous payday loan.

North Carolina law expressly prohibits rollovers, but payday lenders are avoiding the prohibition by closing out the previous loan and immediately issuing a new loan for the same amount and a new fee. This is known as a back-to-back transaction and is the equivalent of a rollover. The borrowers’ stories illustrate this process and its effects.

To start the book, Professor Peter Coclanis provides a historical analysis of credit in North Carolina to explain some dynamics of today’s fringe banking system. Several lenders, borrowers, and community advocates then share their personal stories of how they have been affected by payday lending. Finally, Professor Michael Stegman discusses the policy issues that the North Carolina General Assembly will face as it reviews the state law that authorizes payday lending. That law will expire on July 31, 2001.

We hope that these photographs, interviews, and essays will not only inform the policy debate surrounding payday lending but will also help the viewer see the many sides of this complex and important story of money and community.